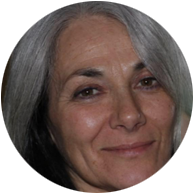 Di has worked in the NSPCC Child Sexual Abuse Consultancy, the NHS and largely in private practice. She has worked with a private foster care agency as a drama and play therapist and as a consultant to foster carers and social workers. She has been a clinical supervisor since 1994. Di has had a long term interest in Buddhism and embarked on an MA in Buddhist Psychotherapy with the Karuna Institute, Devon. At that time, she believed she would end her practice as a drama and play therapist in order to practice as an adult psychotherapist, however, she discovered, with great joy, that Buddhism is exceptionally playful! Her book, ‘‘Playful Awakening – Releasing the Gift of Play in Your Life’ (2017, Jessica Kingsley Publishers, London) was developed from her MA dissertation. Di also delivers a resilience training called the Challenge of Change (Derek Roger, 2017) and is studying to develop a playful, creative approach to building resilience in children and families.