OUR BOARD MEMBER & SCIENTIFIC COMMITTEE 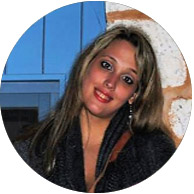 Athina Papadopoulou
Psychologist, Dramatherapist
I was born and raised in Athens, in a neighborhood where play was still carefree to children. Questions to my childhood found space to be taken care of, years after, while studying Psychology at the Panteion University of Athens, and later on Dramatherapy in the “Athyrma” Greek Institute of Playtherapy and Dramatherapy. In my professional course, every “stop” turned into precious “luggage”. I collaborated with the “Alkyoni” Foundation for children with disability, the KETHEA “ALFA” program as well as the “Chatzikonsta” Foundation and academically with the DELTA Vocational Institute. At present, I am working privately at the “Mythia” centre of Psychotherapy and social rehabilitation, coordinating individual and group therapeutic sessions, while at the same time I work as a tutor in the “Athyrma” Greek Institute of Drama and Play Therapy as an official Member of the Greek Psychologists Association and President of the Panhellenic Union of Dramatherapists and Playtherapists.