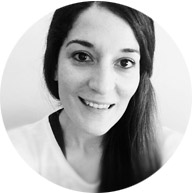 Giannoula Fragkoulidou
Dramatherapist
I was born in Athens and I grew up in Piraeus, overviewing the sea. I wanted to interact and work with people since I was very young and that is why I studied Social Work at Technological Institute of Athens. Later, I attended a training course on Dramatherapy at “Athirma” a Greek Institute of Playtherapy and Dramatherapy. I have attended a series of seminars about psychology and psychological problems. I have been working in Public Social Institutes and Special Therapy Centers for almost 14 years. I have treated as a professional different groups of people such as mentally retarded, elderly, lonely and psychologically unstable people of all ages. At present, I have been working at the Municipality of Piraeus and I am a freelance at the Therapeutic Centers “Ellogon” and “Mythia”. In 2017, I wrote the fairytale “The journey of a tiny, little scribble” that is published by Kondyli Publications. I am an official member of the PanHellenic Profession Union of Dramatherapists and Playtherapists (PADP) and EAP (European Association for Psychotherapy).